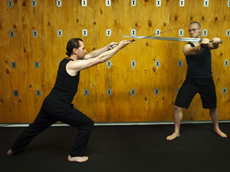 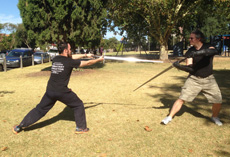 Find details of our various locations around Australia and globally.
LOCATIONS > 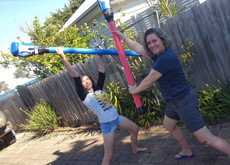 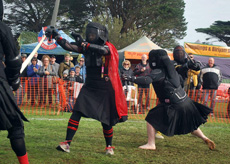 Want to join us and see for yourself what GLECA is all about? Information for prospective students and a FAQ.
REGISTER > 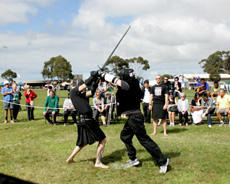 Come and meet us at an event.
EVENTS > 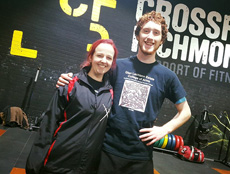 GLECA in media, blogs, articles, social media and other.
MEDIA >

Co-founder and Head of College

Originally taught a little sabre and sport fencing when young (largely because his favourite film was Errol Flynn's Robin Hood) Marcus picked up his first longsword in 2004 under the expert guidance of Stuart McDonald. Instantly taken with the efficency and adaptability of the weapon, not to mention the flowing biometric nature of the strikes, the longsword has become his passion. Marcus has a Cert IV in Training and Assessment.

Stuart is a Science Communicator, Coach and an Accredited Exercise Physiologist, Accredited Exercise Scientist and Sport Scientist. He has many years experience in sports performance enhancement, coaching and rehabilitation. Together with Marcus and Maxim, he develops the bioconditioning and martial fitness components of the GLECA system. He also oversees the general direction of syllabus and oversees grading development and execution.
He has almost 30 years experience in martial arts, has owned and operated Pilates studios and continues to learn new martial arts alongside of his studies in the European material. He loves educating people about the physiology, anatomy and biomechanics of martial arts.
He is the Head of Research for Global Performance Testing Australia, managing validation of sport testing research and their quality assurance program (GPTQA)

Maxim has been coaching martial arts of one form or another since 2002. Since joining GLECA in 2009 he has specialised in some of the more esoteric styles and now develops our unarmed and cane syllabus.

Martin has been an international photographer for 20 years and a former olympic athlete and coach. A Western Martial Artist for 10 years he favours longsword, poleaxe, mace, spear, dagger and fights both in and out of armour. Martin has lived in Malta since 2013 and has been training students around Gozo and Valletta since 2014.

Martin and the Malta school can be contacted at info@glenlachlann.com.au

Tim has been practicing martial arts for longer than anyone can remember (including himself). A short sword specialist and our in-house blacksmith, Tim is currently developing our single-handed sword course.

Josh is a former MMA fighter who has found a new passion in practicing HEMA; specialising in unarmed and grappling systems. Josh favours the longsword and has competed in tournaments at both the state and national level. Josh holds a current Cert IV in TAA. (Training and Assessment)